I keep hearing rumors that Dundee has passed up Aberdeen culturally. The museums are better, the city center is prettier, and the funding for the arts is growing. Having considered myself an Aberdonian for the past five years, I was skeptical. I had no idea how impressive the Dundee collection was until I visited the newly refurbished MacManus Art Gallery and Museum. Housed by an impressive Gothic revival style building, the collection represents a wide breadth of local Scottish history from flora and fauna, to relics of immigrant workers in their factories. 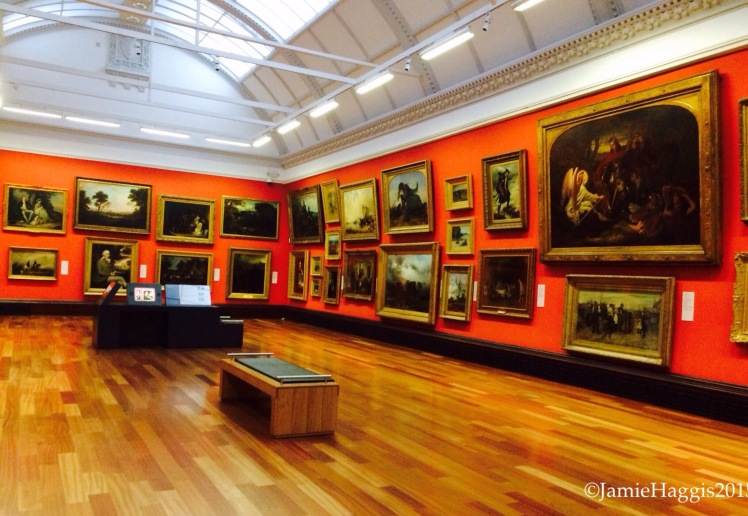 The museum itself was comftorable and accessible, and I found the spaces easy to navigate through. The paint choices for the rooms were different and bold, but I must say that I approve of the periwinkle- like shade in the culture gallery which accentuated the beautiful wood ceilings. Labels and interpretation panels were easy to read and detailed. 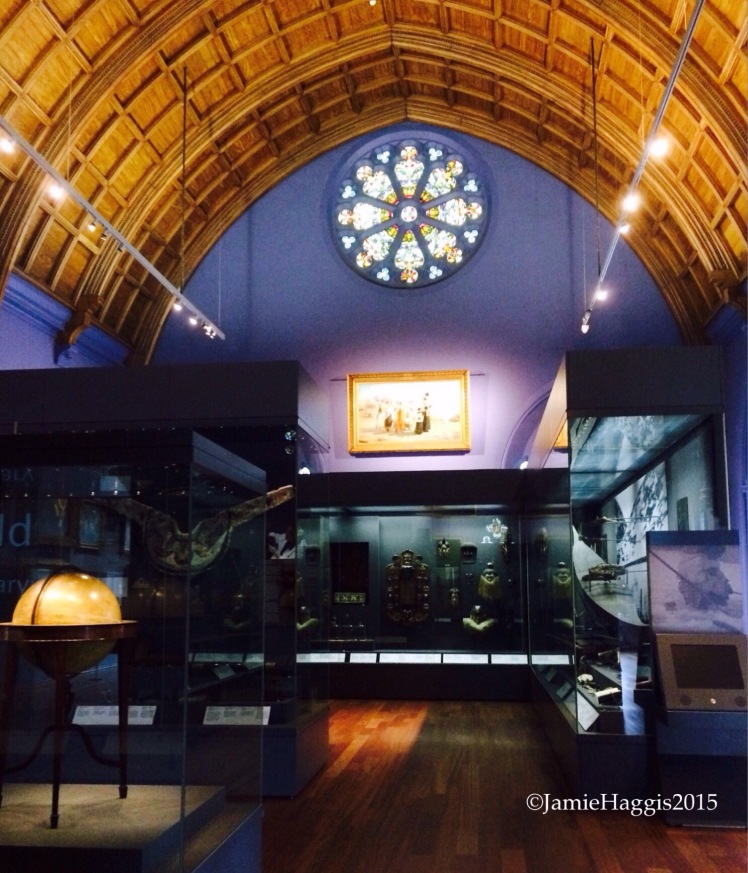 The display cases were very reminiscent of the cases used in the National Gallery in Edinburgh, particularly the tall inca style cases that can be seen in their world culture collection galleries. Some of the cases however were very dark, and items were difficult to see (and no, they were not light sensitive objects).  I found that some of the smaller objects such as shells and coins were lost in the displays, as they were laid flat in the cases and could have used some accentuation with blocks and mirrors to add dimension and interest. 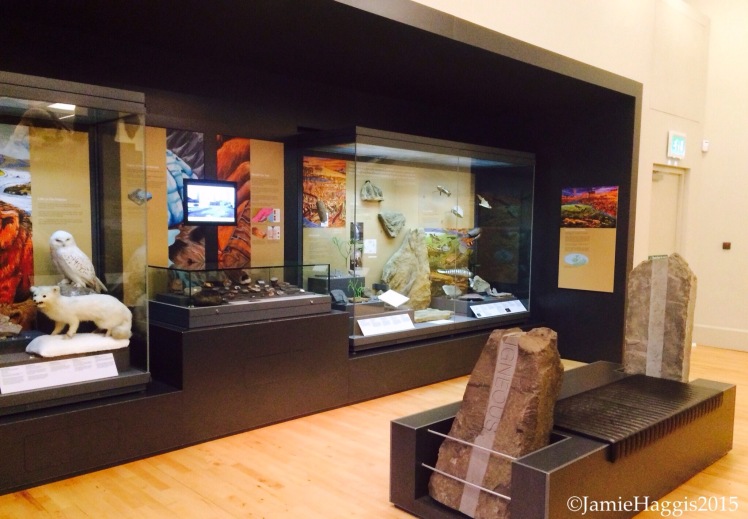 I enjoyed my visit, as I was only in Dundee for the day, and I was easily able to visit with a friend while walking from town to the train station. The museum is relatively small, and would only require an hour long time commitment at a moderate pace. The mix of modern history that is still in living memory with an ancient history of Pictish stones was delightful to see in a museum in a newly emerging city on the arts scene. I would encourage those passing through Dundee to stop in at The MacManus to see both local and national history. The jury is still out on Dundee passing up Aberdeen culturally, but I would say that Dundee is going to give Aberdeen a run for their money!
Peace and long life.